I would like to introduce some of my amazingly talented friends who’ve been helping me on the journey to bringing Keanu! The Musical to life. 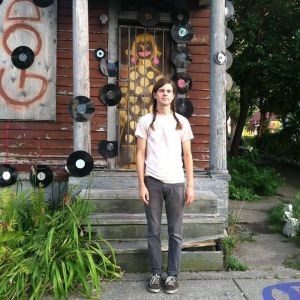 I’ve known Mr. Eilbeck for several years, meeting through a mutual friend when I lived in Columbus, Ohio. When I was on the search for a musician to help me put my crazy lyrics and thoughts into a song my friend Jimi Payne suggested Ryan. And it was a perfect fit.

The first two songs he’s pumped out for me, “50 MPH Love Song” and “My Own Private River” was exactly what I was looking for in a song; super catchy and AMAZING!

Also he’s in a little band called Delay  who was just featured on NPR’s All Songs Considered. No big deal or anything! Here’s what they had to say:

Later on the show we welcome NPR Music’s Daoud Tyler–Ameen and Jacob Ganz to the studio to play some of their favorite new tunes. Daoud opts for “Explanation,” a punchy rock number from Ohio trio Delay, while Jacob plays Perfume Genius‘ surging new track “Queen.”

Also Delay is on tour and you should check out if they are coming to a town near you because it’ll be worth it. Promise!

I can’t wait to hear what other musical magic Ryan has in store and I feel so lucky to have him along for the ride!

So, what are you waiting for? Check out his music!